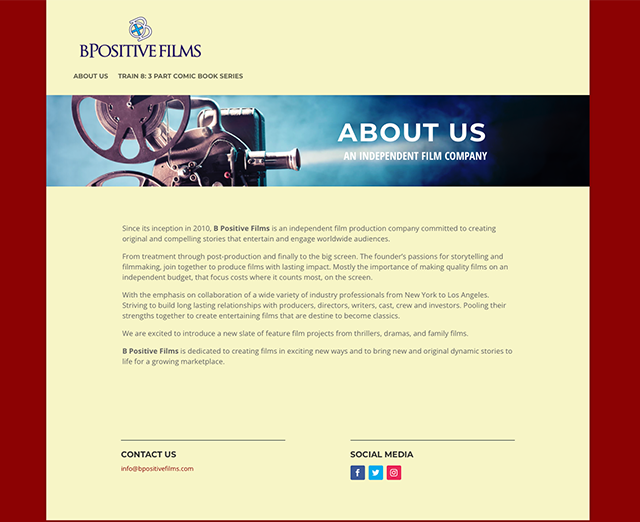 Since its inception in 2010, B Positive Films is an independent film production company committed to creating original and compelling stories that entertain and engage worldwide audiences.

From treatment through post-production and finally to the big screen. The founder’s passions for storytelling and filmmaking, join together to produce films with lasting impact. Mostly the importance of making quality films on an independent budget, that focus costs where it counts most, on the screen.